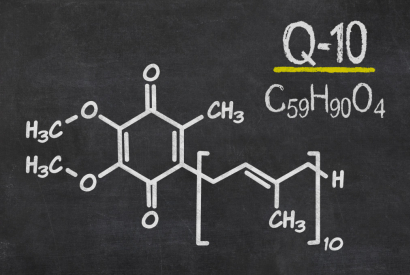 Coenzyme Q10 is a vitamin-like substance that is actively synthesized by the cells of our body. It is also found abundantly in fruits, vegetables and meat, and especially in nuts, almonds, soybean oil or sardines, which contain twice as much as beef. This list is, of course, not exhaustive!

Coenzyme Q10 is also present in our blood. Supplementing red blood cells with CoQ10 allows these cells to become more resistant to auto-oxidation. CoQ10 must first be converted to ubiquinol so that it can be absorbed. This conversion is carried out through the action of certain enzymes known as reductase enzymes. This creates a burden for our body because each reduction requires the oxidation of other molecules.

Moreover, ubiquinol is better absorbed. Experiments have shown that when administered orally, the bioavailability of ubiquinol-10 is greater than the corresponding bioavailability of the oxidized form of Coenzyme Q10, known as ubiquinone. In fact, ubiquinol, the unoxidized active form of Coenzyme Q10, has a protective effect on the oxidation of the DNA of our cells. Ubiquinol helps protect the body's cells against oxidative stress, acting as a liposoluble antioxidant and also regenerating Vitamin E. Its antioxidant function makes it a powerful cardiovascular protector.

What is the role of coenzyme Q10 ?

Virtually all CoQ10 carried in the blood is linked to cholesterol. Statins (a treatment that lowers cholesterol) have the side effect of creating Coenzyme Q10 deficiency (2) while, at the same time, lowering cholesterol levels. Taking CoQ10 is therefore very beneficial for people on statins.
More surprisingly, many studies have been focused on the effects of CoQ10 on exercise capacity and fatigue. The oral administration of Co-Q10 has improved the feeling of fatigue and the physical performance of the subjects (3). In fact, Coenzyme Q10 can be used as a cellular bio-energy factor in the oxidative phosphorylation in the mitochondria of our cells. It thus allows for a better and faster recovery after physical exertion.

What dosage should be taken ?

From the age of 40, ubiquinol-10 levels decrease with age. Supplementation, even if there is no sign of any cardiovascular problem, is therefore recommended. You would need to eat 1.6 kg of sardines in order to get 100 mg of ubiquinol Coenzyme Q10. 1 capsule of Omega Quinol contains 100 mg of ubiquinol Q-10 in non-oxidized stabilized form.