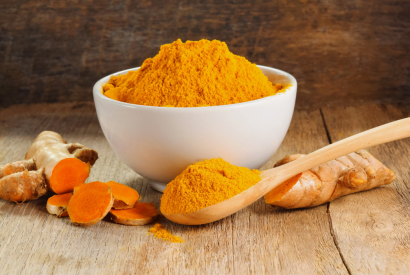 Where does turmeric come from ?

Native to Southeast Asia, turmeric (Curcuma longa) has been known since antiquity both in the West and in the Far East. The ancient Greek physician Dioscorides used it and mentioned it in his medical encyclopedia De Materia Medica. A sacred spice in India, it is a natural ingredient that has been used in ayurvedic medicine since time immemorial. It is often confused with saxffron due to their common yellow-orange colour (saffron is the pollen collected from a crocus whilst turmeric is a root). It was from the 17th century onwards, with the East India Company, that the Saffron of the Indies also known as "Terre-Mérite", began to be imported into Europe for its flavour and medicinal value. It is interesting to note that the English name of turmeric, comes from the French term "terre mérite" (a combination of the words for earth and merit) that referred to the earthy substance of the root and because it deserved to be known for its great virtues.

The characteristics of turmeric

Turmeric is essentially made up of Curcumin, the principle active biological element of turmeric. From a medical point of view, natural turmeric has a very low level of effectiveness. In an aqueous environment, such as the gut or the stomach, its hydrophobic molecules tend to agglomerate. They thus become too large to pass through the intestine wall and can only be absorbed in very small quantities. You therefore need to consume a very large quantity to produce any noticeable effect. To work around this problem, some associate it with pepper (piperine) to improve its bioavailability. However, the downside of this strategy to increase absorption is an increased risk of intestinal inflammation.

Curcuma by Synergia® made from Cavacurmin® solves this problem: the curcumin powder it contains is potentialized by the natural oligosaccharide g-cyclodextrin (referred to as “gamma”-cyclodextrin). The hydrophobic structure of g-cyclodextrin encapsulates the lipophilic curcumin, preventing it from agglomerating into large molecules. It thus ensures that the curcumin remains soluble even in an aqueous environment such as the gut. The curcumin will be able to pass through the wall of the intestine, freeing itself from the g-cyclodextrin molecule-cage and spreading through the body. After releasing their curcumin molecule, g-cyclodextrins hardly ever pass through our biological membranes and are therefore not absorbed during intestinal transit. They are simply evacuated by natural means. Thus, potentialized Curcumin is absorbed 40 times better than the curcumin in pure turmeric powder (1) - such as the turmeric used in the kitchen.

The uses and properties of turmeric

Turmeric has two distinct uses: culinary use in the kitchen and medical and textile use. Its medical use has been proven for a very long time, particularly in India.
The World Health Organisation has identified certain traditional uses for Curcuma longa (2): The treatment of peptic ulcers, pain and inflammation due to rheumatoid arthritis, amenorrhea, dysmenorrhea, diarrhea, epilepsy, skin diseases and pain. The American Institute for Cancer Research (3) and the Belgian Foundation against Cancer advocate the use of turmeric for cancer prevention. The curcumin in turmeric is remarkably effective as long as it is bioavailable. This is when its anti-inflammatory properties can often work wonders.