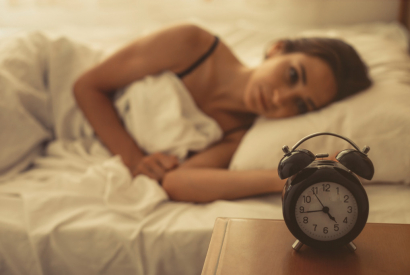 Sleep disorders, along with noise intolerance, fatigue, muscle tension and pain, digestive disturbances, anxiety, and depression, are high on the list of complaints from the French. About a third of the population is affected by sleep disorders and the consequences are many, including: fatigue, absenteeism, and loss of concentration. Sleep is not "dead time", but rather an activity which is vital to our well-being. An animal deprived of sleep eventually dies. Sleep is primarily a time of recovery and repair. The renewal and replenishment process can occur through a decrease in our metabolism rate, such as of the heart rate and body temperature, a dormant state, a kind of micro-hibernation during which the aging process is slowed down. Failing this, we unknowingly shorten our lives. By the same token, we increase the risk of early onset of all diseases associated with aging, such as loss of hearing or eyesight, arthritis, cardiovascular diseases, cancer, Alzheimer's, and Parkinson's.

What are the solutions ?

Simple measures will encourage the metabolism to slow down at night, such as reducing your intake at dinner, especially animal proteins, which are known to speed up the metabolism. It would be preferable to have a soup made with dried pulses and cereals and, of course, vegetables. Dried pulses and cereals contain plenty of proteins and are an ideal source of slow-release carbohydrates. Slow-release carbohydrates can help you get a good night's sleep. They act as a sedative through the neurotransmitter that inhibits nerve impulses - serotonin.

Serotonin is later converted into melatonin, the main hormone secreted by the pineal gland. Melatonin is fundamental to the restorative quality of sleep. In order to produce enough serotonin and melatonin, several nutrients are essential: vitamins B6, B9 and B12, and magnesium, which allows these three vitamins to be active. Yet, studies show that over 80% of the population is vitamin B6 deficient, which is linked to excessive stress and anxiety. Magnesium deficiency is another problem for most people. Little wonder that sleep disorders, as well as fatigue (magnesium is essential for the energy production process), muscle tension and pain (serotonin reduces internal tension while magnesium reduces muscle tension), and many other stress-related disorders and depression are so common! Lack of sleep aggravates them.

Hence, it is a vicious circle from which it is difficult to escape without correcting the magnesium and vitamin B deficiencies. This can be effectively addressed through vitamin supplements. The three vitamins B concerned (B6, B9, and B12) must be in the same complex, and the magnesium must be fat-soluble so that it does not act as a laxative.

Finally, herbal remedies may help you get a better night's sleep. Plants with sedative properties, such as Valerian, have been used for centuries to promote relaxation. Compilations of studies conducted at the University of California - in San Francisco in 2006 (Bent) and in Los Angeles in 2007 (Shimazaki) - show an objective effect of Valerian on sleep.

Written on the basis of an article written by Dr. Jean Paul Curtay, nutritherapist.