To better handle with stress listen to your body 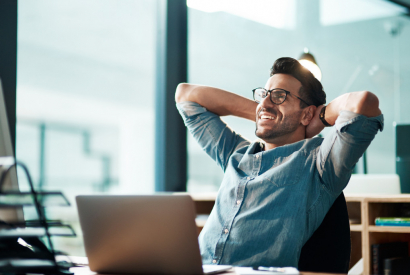 To handle stress and adversity more effectively, we should probably pay closer attention to what is happening inside our bodies, according to a fascinating new brain study of resilience (1) and why some people seem to have more of it than others. Worries about the state of our world, our safety, our finances, health and more can lead to a variety of physiological and psychological responses.

“When faced with stress, whether it’s giving a talk in front of a hundred people or feeling pressured to get a second gold medal at the Olympics, we experience changes in our body,” said Lori Haase, a clinical professor of psychiatry at the University of California in San Diego and lead author of the new study (1). Our heart rates rise, breathing grows shallow, and blood levels of adrenaline and other stress chemicals soar. While this stress response can have desirable results - “I need anxiety to motivate myself to write a grant,” Dr. Haase said - it can easily can get out of hand. Remaining in a state of heightened arousal undermines physical and mental performance, she explained. So while our bodies should respond to dangers and worries, our stress reactions also should dissipate as soon as possible afterward.

This is where resilience comes in. In scientific terms, resilience is the ability to rapidly return to normal, both physically and emotionally, after a stressful event. Scientists and therapists long have known that some people are more resilient than others but had not known precisely why. In recent years, Dr. Haase and colleagues have begun to speculate that part of the answer might involve whether and how people listen to their bodies. To reach that conclusion, the researchers had been examining how adventure racers and elite special-operations soldiers develop resilience in the face of the frequent and often extreme physical and emotional demands of their jobs. The researchers had asked those men and women to lie in brain scanning machines while wearing face masks that, when the researchers touched a button, made it difficult to breathe, conditions that the brain and body find quite stressful. The scientists soon noticed a common pattern of brain activity among these volunteers. Portions of their brains that receive and process signals from the body, such as changes in heart rate or breathing, were very active when the volunteers thought that their masks were about to close. But despite this heightened awareness, the flow of messages from those parts of the brain to areas that intensify bodily arousal were fairly slight.

In other words, the brains of these highly trained men and women closely monitored the beginnings of bodily panic but dampened the response. They experienced stress but didn’t overreact. They were resilient physically and mentally. They also, of course, were outliers; most of us are not elite athletes or soldiers.

So for the new study, which was published this month in Biological Psychology (1), the same researchers recruited 48 healthy adults and asked them to complete a standard questionnaire about their self-perceived emotional and physical resilience. Based on their scores, the scientists assessed them as having high, average or low resilience. Then they scanned the men’s and women’s brains while the volunteers wore the same type of face masks the athletes and soldiers had and, like them, underwent periodic moments of breathlessness. The people whose scores had showed that they were highly resilient displayed brain activity very similar to that of the elite athletes and soldiers, as did, to a lesser degree, people with average resilience.

But the brains of those people with low resilience scores behaved in almost the opposite way. As their face masks threatened to close, they displayed surprisingly little activity in those portions of the brain that monitor signals from the body. And then, when breathing did grow difficult, they showed high activation in parts of the brain that increase physiological arousal. In effect, they paid little attention to what was happening inside their bodies as they waited for breathing to become difficult - and then overreacted when the threat occurred. Such brain responses would undermine resilience, the scientists concluded, by making it more difficult for the body to return to a calm state. Of course, this study was based on people’s own assessments of their resilience and on a one-time snapshot of brain activity. It can’t tell us why the brains of the different groups of volunteers worked differently or whether we can change our brains’ responses to stress.

But the researchers found the results compelling. “To me, this study says that resilience is largely about body awareness and not rational thinking,” said Dr. Martin Paulus, the scientific director of the Laureate Institute for Brain Research in Tulsa, Okla., and the senior author of the study. “Even smart people, if they don’t listen to their body, might not bounce back” as quickly from adversity, he said, as someone who is more attuned to his or her physiology.

How to act concretely on resilience ?

Improving internal communications with our bodies may be as simple as spending a few minutes each day in focused breathing, Dr. Haase said. Quietly pay attention to inhaling and exhaling without otherwise reacting, she said. Over time, this exercise should “teach you to have a change in breathing when anxious but be less attached to that reaction,” Dr. Haase said, “which may help to improve your reaction in a stressful situation.”