Why obesity may be linked to stress 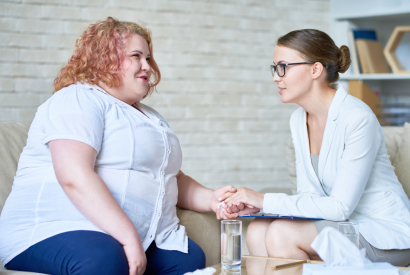 Using hair to measure long-term levels of the stress hormone cortisol, UK researchers confirm the link between chronic stress and packing on pounds, as well as difficulty shedding excess weight. Previous research has tied high levels of the stress hormone cortisol in the blood, urine or saliva to obesity, but these measurements can vary based on factors like the time of day and don’t capture long-term stress levels, the study team notes in the journal Obesity.

“When people are facing a stressful situation, a chain reaction is set off in the body that results in the release of cortisol, leading to higher levels of this hormone in the body,” said lead study author Sarah Jackson of University College London. “Cortisol is involved in a broad range of biological processes, including metabolism, body composition and the accumulation of body fat,” Jackson said by email. “When we’re stressed out we may also find it more difficult to find the motivation to go for a run or resist unhealthy foods.”

Stress sets off alarms in the brain that trigger the nervous system to release hormones to sharpen the senses, tense the muscles, speed up the pulse and deepen breathing. Commonly called a flight or flight response, this biological reaction helps us defend ourselves in threatening situations. Isolated or temporary stressful situations may not be harmful, but routine exposure to stress can lead to immune system problems, heart disease, nervous system complications and mental health disorders in addition to obesity.

For this study researchers examined data collected from men and women aged 54 and older taking part in the English Longitudinal Study of Ageing. Participants underwent tests every two years starting in 2002, and during the sixth wave of the study they provided a hair clipping. The study team tested cortisol levels that accumulated in the hair over time in 2,527 men and women and found that participants with more cortisol in their hair were also more likely to be obese or have lots of excess fat around their midsection. Researchers looked at cortisol levels in the two centimeters of hair closest to the scalp, which typically represents about two months’ growth. They also looked at weight, waist circumference and body mass index (BMI), a measure of weight relative to height.

Participants who were classified as obese based on their BMI or waist circumference had particularly high levels of hair cortisol, the study found. Analyzing weight and body fat data from assessments in the four years prior to when the hair clipping was taken, researchers also found that obesity tended to persist over time for the people with the highest cortisol levels.

The study wasn’t a controlled experiment designed to prove how stress directly impacts cortisol levels or weight gain. Other limitations include the primarily white, older adult study population, which means results may be different with younger people or other racial or ethnic groups, the authors note.

Even so, the findings add to growing evidence linking stress to obesity, said Dr. Susan Fried, of the Icahn School of Medicine at Mount Sinai in New York. The fix for stressed out people looking to shed excess pounds isn’t clear from the study results, however. “I don’t think there is strong evidence or consistent studies showing stress reduction itself causes weight loss,” Fried said. “There is accumulating evidence that sleep is very important; people overeat when under-rested.”

The findings do suggest that people may need to take a holistic approach to weight loss that goes beyond diet and exercise to consider factors like stress, said Dr. David Katz, director of the Yale University Prevention Research Center in New Haven, Connecticut. “You might think you need to improve your diet, or exercise more, and that’s true,” Katz, who wasn’t involved in the study. “But for you, the first priority might be to manage stress better so you are more capable of doing those things, and reduce a hormonal barrier to weight control into the bargain.”