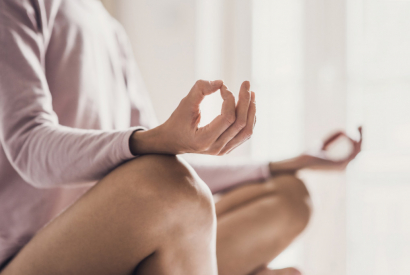 It is pretty clear that stress has many physical and mental effects that can be damaging to our health.  Stress has been shown to increase markers of inflammation. High levels of inflammation has been linked to increased risk of heart disease, diabetes, arthritis, and certain cancers, to name just a few chronic conditions. IL-6 (Interleukin-6), C-reactive protein (CRP) and plasma viscosity are common blood tests used to detect inflammation.

In a study published in the journal Psychosomatic Medicine in 2010, researchers found that those who practice a restorative form of Hatha yoga more often are less likely to have elevated inflammation markers compared to those with less experience with yoga. The study compared 2 groups of 50 women: an expert yoga group and a beginner group. Either group received positive psychological benefits. However, novices’ serum interleukin-6 levels were 41% higher than those of experts across sessions, and the odds of a novice having detectable C-reactive protein (CRP) were 4.75 times as high as that of an expert. Differences in stress responses between experts and novices provided one plausible mechanism for their divergent serum IL-6 data: experts produced less lipopolysaccharide-stimulated IL-6 in response to the stress and IL-6 promotes CRP production.

Hatha yoga is a form of exercise that focuses on calming breathing techniques, uses a series of poses that stretch, strengthen, and relax muscles as well as standing poses that help with balance. It dates back thousands of years to traditional Indian medicine. In the United States, it is often considered a complementary medicine practice in Western medicine.